Everyone's excited for The Fault in Our Stars. I'm looking forward to reading the John Green fandom article tonight.

Here is some evidence of Shailene Woodley, star of TFIOS and Divergent, being possibly insufferable.

Oh, I am so excited to read E. Lockhart's new book! 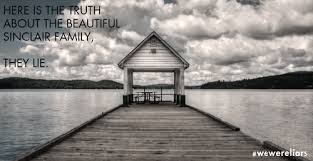 I was stoked that Cecil Castellucci had a new one too but disappointed it was yet another futuristic sci fi story. I want some well written realistic fiction and E. Lockhart has a record of writing feminist characters so I am all in. Maria Tatar is a fairy tale scholar and has brilliant things to say about the subject. Listen to this radio program about the dark side of fairy tales and children's stories. I love that she has such respect for pop culture, name checking Sex & the City, Disney, and new fairy tale inspired TV shows like NBC's Grimm and ABC's Once Upon a Time.

It's important to remember that tales change with the times. I had a class in Library School in which some students argued that fairy tales are sexist, racist, classist, and heteronormative and shouldn't be read to children. But they are important history and even when problematic, have moments of beauty. And of course there are plenty of progressive tales as well.

Googling around for information about Tatar I found out about Faerie Magazine and it sounds amazing! Why not bake a rainbow cheesecake and then check out some LGBT books at your local library? I grew up in the nineties in the homophobic suburbs and I never would have thought that a US President would do something like this
Some young people think the nineties were an easier time to grow up because there was no online bullying and for the first part of the decade we all dressed in unflattering androgyny: Mom jeans, flannel, Chucks or Docs. Riot grrrl and zines were a beautiful thing but they were a secret charm we clung to and couldn't defeat the culture of gender normativity. Lesbian and gay acceptance--transgender acceptance is in its infancy--have become a de facto stance for mainstream liberals but this was not so when I was coming up. So kids, even though LGBT rights have not been 100% attained, cherish this moment!

The only LGBT books available in my library were the Weetzie Bat series and Annie on My Mind. And we didn't have Tumblr, either! When everything seems terrible, just know your history.