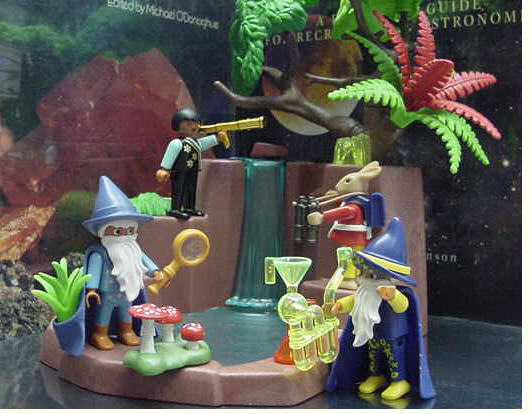 The original Dewey schedule contained an unscientific twist. Although Dewey came after Darwin, humans were not placed in their correct scientific position with the other primates, but back at the beginning of the biology section, before evolution. And spontaneous generation got its own number (577) co-equal with evolution (575).

In subsequent years librarians changed the 500 numbers so that they would agree better with real science, and now human biology simply goes snuggly into 599.9.

Adult or teen? Have you read Natalie Angier's The Cannon: A Whirligig Tour of the Beautiful Basics of Science ? She is both a Pulitzer Prize winner and a Takoma Park author.