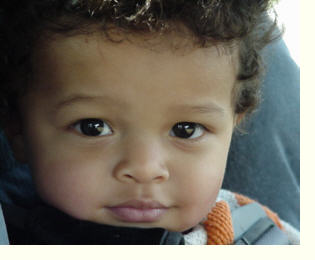 The census bureau projected that by 2050 about 50% of the US population will be white, and about 50% "other" (Not only African American and Asian, but every imaginable sort of mix). In Takoma Park we have already many, many families with all sorts of combinations.

parenting
305.8 NAKAZAW Does anybody else look like me? : a parent's guide to raising multiracial children. Donna Jackson Nakazawa.
155.82 WRIGHT I'm chocolate, you're vanilla : raising healthy Black and biracial children in a race-conscious world. Marguerite A. Wright.

biographies
973.049 WALKER Black, white, and Jewish : autobiography of a shifting self. Rebecca Walker.
973.04 OBAMA Dreams from my father : a story of race and inheritance. Barack Obama. (We also have a paperback edition)
973.049 MCCRAY Freedom's child : the life of a Confederate general's Black daughter. Carrie Allen McCray.
973.049 KIM Ten thousand sorrows : the extraordinary journey of a Korean War orphan. Elizabeth Kim.`
974.71 MCBRIDE The color of water : a Black man's tribute to his white mother. James McBride. (Also in paperback.)
305.896 WILLIAM Life on the color line : the true story of a white boy who discovered he was black. Gregory Howard Williams.