THE NEW DEADLINE FOR SUBMISSION IS MONDAY APRIL 27TH.

The Favorite Poem Evening, sponsored jointly by the Takoma Park Maryland Library and the Friends of the Library, is now in its 15th year. Last year’s event drew a record number of readers and poetry enthusiasts. This year’s celebration of poems will be held in the Library on Tuesday April 28rd., at 7:30 p.m. and will be hosted by Takoma Park Poet Laureate Merrill Leffler.

If you would like to participate, choose a poem you have read and admired by a published poet other than you or your friends. Poems written in languages other than English are welcome, if they are accompanied by an English translation. There are plenty of ideas for possible choices in the Library’s poetry collections.

Send the name and author of the poem you have chosen and your own name and generic occupation for inclusion in a printed program to Ellen Robbins at the Takoma Park Maryland Library,

Originally conceived as a national event by poet laureate Robert Pinsky, the Favorite Poem Evening in Takoma Park has been a lovely, warm and community building event for the past dozen years. All ages are welcome. Please attend and bring your friends and neighbors! Refreshments will be provided by the Friends of the Library. 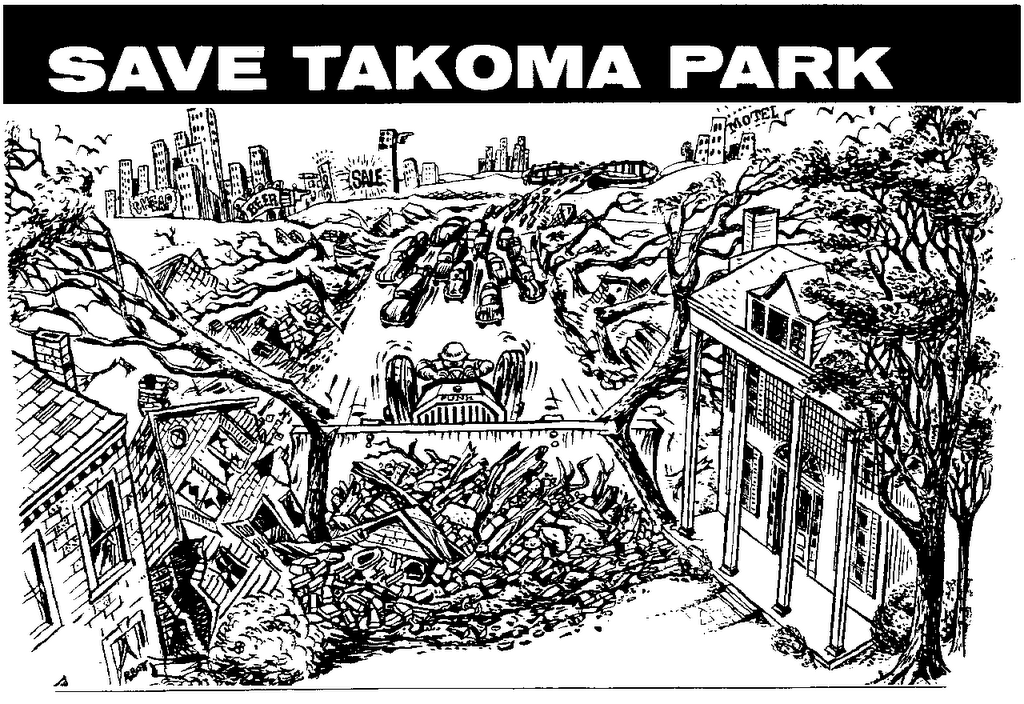 Celebrate Takoma Park's activist heritage tonight, next door, in what is officially the Sam Abbott Citizens' Center. 7:30. Local heroes from the 60s through the 90s will recount how they stopped the North Central Freeway, defeated the "Mustard Sheet Plan", saved the Junior High, and started political and cultural traditions that remain important to the City: the Folk Festival, Unification, Sanctuary City. Songs of course — this is Takoma Park.
The program includes the dedication of a plaque honoring our paradigmatic activist, artist Sam Abbott. More details.

If you weren't participating in these exciting times, the struggle to preserve our community values isn't over. We are now trying to tame the proposed super-sized WMATA Development.

David Corn, Takoma Park resident, Washington bureau chief for Mother Jones, and former DC editor for The Nation will be speaking at this Friends April Event.

David was named winner of the 2012 George Polk Award for his video and reporting on the "47 Percent Story" covering Mitt Romney’s meeting with donors during the 2012 presidential campaign. Mr. Romney’s casual declaration that 45 percent of the Americans who vote for Mr. Obama are "dependent upon government" and "pay no income tax" likely contributed to his loss of the 2012 Presidential election.

Corn has authored a number of books, among them, The Lies of George W. Bush, and Hubris: The Inside Story of Spin, Scandal, and the Selling of the Iraq War.

Refreshments will follow the talk and a question/answer period.