February 12th is a special day - the bicentennial of Lincoln's birth. 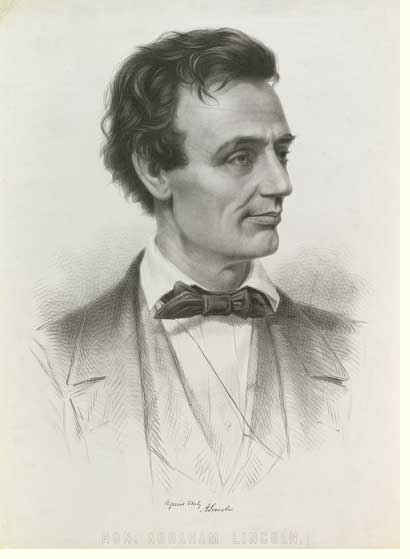 READ ALONG:
With thousands of others across the nation, the Gettysburg Address, February 12 at 8:30 AM EST. (And explore the interactive mosaic.)

Our library has superb Lincoln books, including Team of rivals : the political genius of Abraham Lincoln, Manhunt : the twelve-day chase for Lincoln's killer, Lincoln : the biography of a writer, Lincoln; a picture story of his life and many, many others.

GO DOWNTOWN:
Special exhibit at the National Portrait Gallery (the same folks who brought you presidential trivia parts 1 2 3 and 4 on their blog)
Ford's Theater special celebrations all day on the 12 and the 16th.
Lincoln's 2nd inaugural dinner - Smithsonian recreation at the Willard, March 6th.
Special celebratory events all through February. Consult the Lincoln bicentenary calendar.

TRAVEL A BIT FARTHER:
Lincoln's boyhood home at Knob Creek in Kentucky. (The setting is very beautiful in spring or summer.)
The Southern Indiana hills, where he lived from the age of seven until he was 21.
Lincoln Presidential Library and Museum in Illinois.

CHECK LINCOLN'S MEDICAL HISTORY:
Medical history of the presidents Dr. Zebra is a pseudonym for Dr. John Sotos who has an interesting theory that Lincoln, and three of his sons, suffered from the genetic disorder multiple endocrine neoplasia, type 2B, and that he would have been dead within the year if he had not been assassinated.

BROWSE THE LINCOLN LOG:
Explore a personal chronology or the searchable Lincoln Day-by-Day: A Chronology.

HUM A SAD SONG:
The Library of Congress collection of sheet music.

LOOK AT YOUR MONEY:
New Lincoln pennies and a special silver dollar.