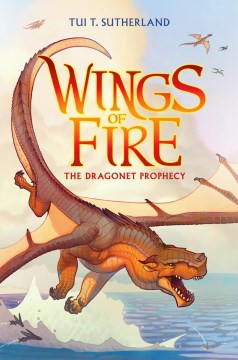 The Dragonet Prophecy by Tui T. Sutherland
reviewed by Josh

Wings of Fire: The Dragonet Prophecy is an enthralling fantasy. The idea of having multiple dragon types is very smart and only adds to the book. I liked this book because it was not only well written, but was a story that incorporated a riveting plot. I also liked this story because it incorporated specialized dragons. For example, MudWings can breathe fire. I also enjoyed the very well described battles. I would recommend this for casual readers and serious readers. This is because it is both an easy reading format and can have a deeper meaning if you really understand it. 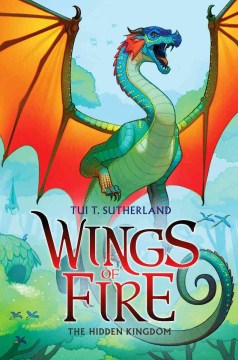 The Hidden Kingdom by Tui T. Sutherland
reviewed by Josh

The book Wings of Fire: The Hidden Kingdom is the tragedy of this series. Some of the RainWings got kidnapped to be used for testing purposes. I think that this was still a great book, because of how all of the personalities helped shape the plot. For example, Glory doesn't like people who take a job with a lot of responsibility and they ignore that responsibility. I would suggest that you read the whole series in order. 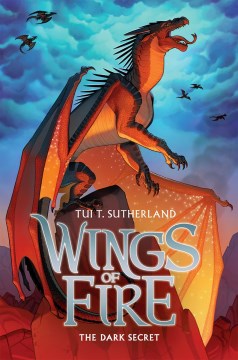 The Dark Secret by Tui T. Sutherland
reviewed by Josh

Wings of Fire: The Dark Secret is a great book. It shows that both people and dragons will do anything when it comes to their well being. I liked this book because it shows that if you are a jerk, your bad behavior will harm you in the end. This book also shows how some people don't know that what they are doing is cruel, because they have never been introduced to the real world. Last but not least, I liked this book because it shows that you shouldn't try to obtain things by force. Instead, try to make a compromise.

Sutherland (is that her real name?) uses a number of pseudonymns. These include Heather Williams, Rob Kidd, and Tamara Summers. She shares "Eva Gray" with a number of other authors.