On into the Dewey jungle. Only the intrepid need follow. 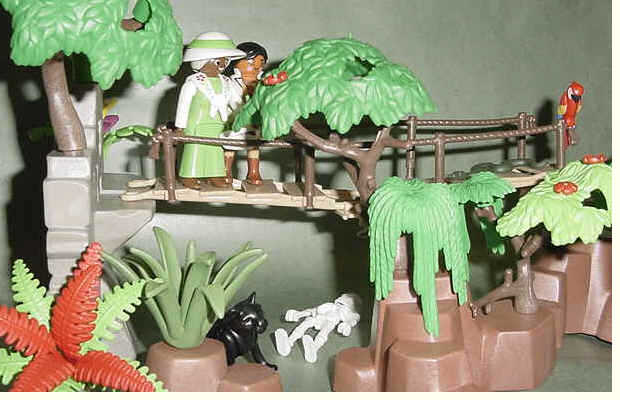 Dewey classification is more than just a straightforward means of organizing books by subject, 500=science 600=technology etc. Many special little number snippets carry meaning for the initiated. And they can pop up anywhere.

Example: 03 can mean dictionary or encyclopedia. Remember the earlier Dewey post that mentioned the International Encyclopedia of Dance? The Montgomery County libraries assigned a call number 792.8 which tells you this is a general work about all kinds of dancing. Takoma Park and PG stuck on an extra couple of digits making it 792.803 which adds the information that it is in encyclopedia format. Of course you already knew that from the title.

Another example: 73 can indicate the United States as a whole. So 917.3 is geography - US, 973 is history - US. Books in 920.73 are collections of short biographies of Americans. (By the way, 92 is itself an important snippit - meaning biography.)

Beware though of the call numbers of many of the older books in our library. Numbers were sometimes truncated at an arbitrary two or three digits after the decimal point - slicing right through units of meaning.

Homework: take any fairly recent book you have at home, borrowed from the library or your own. Look at the back side of one of the first pages. See a brief cataloging record? Can you find the Dewey number? The little apostrophes indicate the breaks between "words", between units of meaning.

Our fiction recommendation: Thonton Wilder's The Bridge of San Luis Rey. Pulitzer Prize winner in 1928, it is the granddaddy of the disaster book/flick. Suggested Dewey? 813.52

You can use an online database to get a suggested Dewey number for any ISBN. Or if you are cataloging your own books using LibraryThing, you might want to look at the Dewey numbers there. Just bring up any book you own and click on "book information". The Dewey numbers will have space breaks between meaningful units.